YOU ARE HERE:Home » Environment » Why 84.7% of COVID-19 deaths are in Po Valley?
EnvironmentHealth

A research team led by San Raffaele’s researcher Dr Antonio Frontera promotes the hypothesis of a correlation between COVID-19 and air pollution in a communication to the journal of infections.

Scientific literature has warned us for years of the strong link between viral respiratory diseases and air pollution. Particulate matter (PM2.5 or PM10), sulfur dioxide, nitrogen dioxide, carbon monoxide and ozone affect the respiratory tract and aggravate susceptibility and severity of infections from respiratory viruses. Fine particles, such as PM2.5, tend to have a higher persistence in air and their small size increases the chances of them penetrating deep into the lungs. This leads to progressive and chronic inflammation of the respiratory tract which, in the event of prolonged exposure to polluted air, could develop serious respiratory diseases from viral infections.

To date, the areas most affected by COVID-19 infection are all characterized by very high levels of air pollution. As pointed put by ISS data, Po Valley Regions (Lombardy, Emilia-Romagna, Piedmont and Veneto) account for 84.7% of the total COVID-19 deaths. In particular, they are clustered in areas with high industrial activity, traffic and intensive agriculture and farming. Cities like Lodi, Cremona and Bergamo, among the five Italian cities with the highest levels of pollution.

In the months of December and January of last year (2019), PM 2.5 concentrations reached unprecedented levels in the Po Valley, similar to those of Hubei, in China, where the first peak of COVID-19 infection started.

For the authors, the high COVID-19 deaths in northern Italy could be linked both to high pollution and its stagnation due to the climatic and topographical conditions of the region. The Po Valley is in fact surrounded by the Alps, has weak winds and frequent episodes of thermal inversion. All factors that limit the circulation of air currents and favour the accumulation of pollutants.

The hypothesis is that these particular conditions ensured a longer persistence of the virus in the air, allowing it to spread more easily. Pollution would, hence, have favoured an “indirect” effect added to the direct one, that is, to the contagion from individual to individual. This would also explain why the virus did not spread with the same virulence in other areas characterized by high air pollution, such as Taranto.

If confirmed, this hypothesis could guarantee a higher level of control of the COVID-19 infection by monitoring the concentrations of pollutants and weather phenomena that favour stagnation.

In addition, it should further stress the need to reduce air pollution as Italy has the highest value in Europe for premature deaths due to nitrogen dioxide and ozone and the second for PM2.5 fine particulate matter with almost 60,000 deaths per year.

It's official, particulate matter may be a carrier of coronavirus 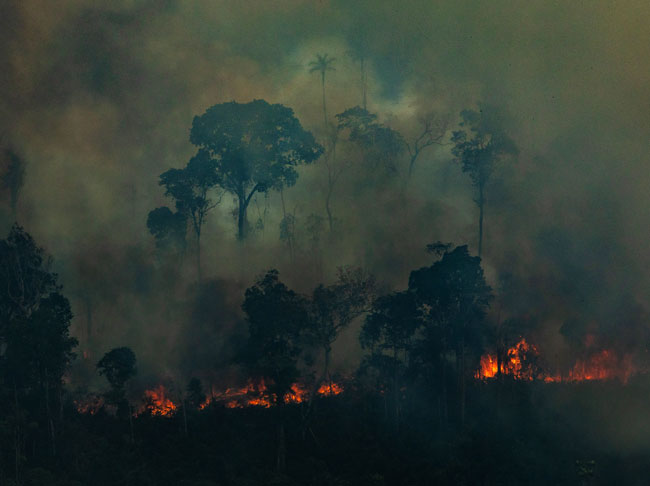